SPE Aberdeen Section Takes Part In SPE Beyond The Borders

This year, the SPE Beyond The Borders event – an initiative of Young Professionals (YPs) across various SPE sections from all around the world, whose main goals are YP development and networking – took place in Vienna and was hosted by SPE Vienna Basin Section from 30th June until 2nd July. This marked the initiative’s first in-person event in two years, where Mircea Calarasu, one of the Young Professionals, travelled to Vienna to represent the SPE Aberdeen Section.

The three-day event involved: (1) a tour of OMV’s Innovation & Technology Center in Gänserndorf to get an insight in the oil & gas industry and the latest technological achievements by OMV; (2) taking part in a workshop titled ‘Business Transformation & Energy Transition’ where the participants discussed and learned more about the energy prospects and challenges of the oil & gas industry during the transition to a decarbonized world; (3) attending the “European Energy Independence” technical event in Sandberg which consisted of five technical presentations focusing on themes such as the reduction in gas volumes on European market, speeding up the energy transition, diversifying the energy portfolio, and the overall impact the job market and the YPs’ skillset; (4) a visit to OPEC’s headquarters in Vienna to learn about its history and their role in the energy sector; (5) a tour of Hoerbiger’s manufacturing plant and workshops that specializes in compression valve technologies used in various industries; (6) and a city tour of Vienna to get accustomed with its history and culture.

We would like to give huge thanks to the organizers from the SPE Vienna Basin Section and to everyone else involved in making the first Beyond The Borders initiative of 2022, and the first in-person event in two years, a success! 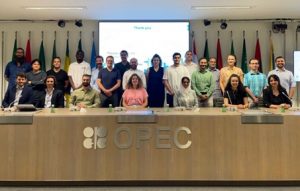 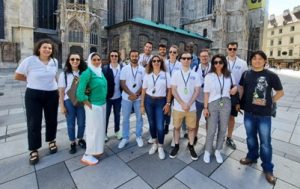 Group photo on Saturday during the city tour of Vienna. 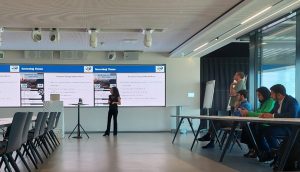 Sirine (OMV) starting the first session of the day at OMV with a presentation about  Beyond The Borders and the agenda of the day. 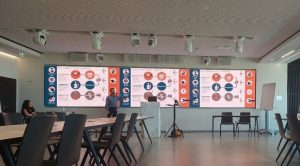 Kickstarting the workshop session in the afternoon at OMV. 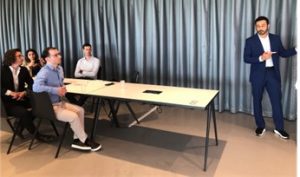 Each group presenting their thoughts in their respective world scenarios (group exercise) during the workshop. 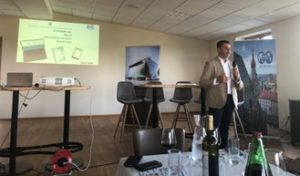 Listening to the technical presentations at the “European Energy Independence” event in Sandberg, with Dr. Alkazimi (OPEC)] presenting the topic “World Oil Outlook”. 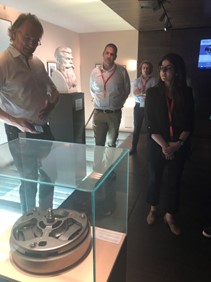 Learning about Hoerbiger’s history, starting from its founder, in the museum section of the building. 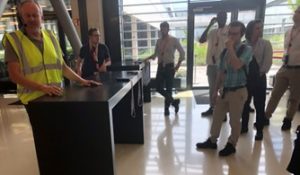 A short talk by the tour guide just before entering Hoerbiger’s manufacturing zone of the building. 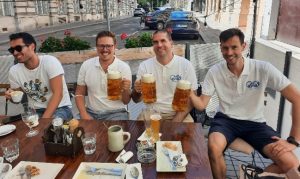 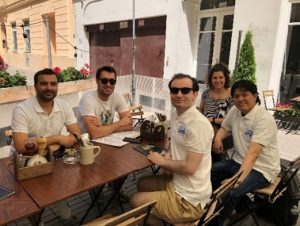 Various photos taken during the city tour on Saturday, the last day of the Beyond The Borders event.