SPE Aberdeen University student chapter hosted Shell Upstream Vice President U.K. and Ireland – Steve Phimister  who came to campus to deliver a seminar. The session began with Steve introducing himself, his education and varied roles within Shell which took him across Europe, Australia, Asia and the Americas. Steve also gave a brief insight into Shell’s current operations both globally and in the North Sea region, after which the event proceeded to a Q&A session.

The one and a half hour Q&A session extensively covered a broad range of queries posed by fully-packed lecture theatre of undergraduate and post-graduate students hailing from various engineering and geology disciplines amongst others along with specialised post-graduate degrees such as decommissioning and oil and gas law. 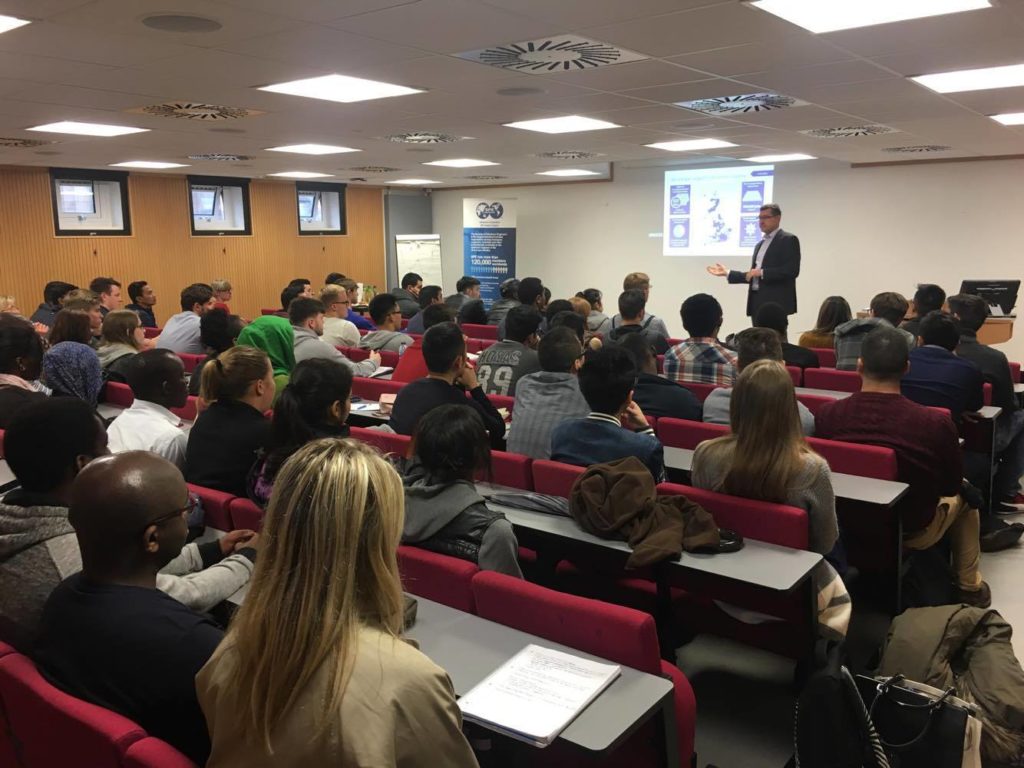 The session covered the present-day oil and gas climate along with Shells current and future strategies. Net zero emissions and Paris climate agreement were raised in one of the questions and Shells commitment towards diversifying its energy portfolio aimed towards a sustainable future was outlined. Similarly, Steve shared the process that goes into major current and future investments in the ongoing downturn such as diligently scrutinising natural and monetary resource efficiency, while keeping environmental impact at the forefront of the discussion.

Other topics discussed included Shells regional policies and effects of geo-politics in operations, the decommissioning projects in North Sea, carbon capture facilities and possibilities, impact of major events such as Brexit on North Sea operations along with region specific developments such as Saudi Aramco’s public share offering and the Shale revolution in North America. The energy outlook of various think tanks was considered and the potential future energy makeup consisting of a harmonic coexistence of renewables and hydrocarbons was pondered over along with the prevalent electrification boom.

Similarly, population growth along with increasing urbanisation within developing countries was considered, to underscore the exponentially increasing energy demands and the strain placed on both hydrocarbons and renewables to pursue more efficient future strategies; incorporating innovation, standardisation, efficiency and transparency of technical expertise among other targets.

All in all, it was a successful event and the attendees had all of their questions answered in-depth. The evening ended with the presentation of a handout to Steve; followed by a networking session over complimentary pizza, cake and drinks. 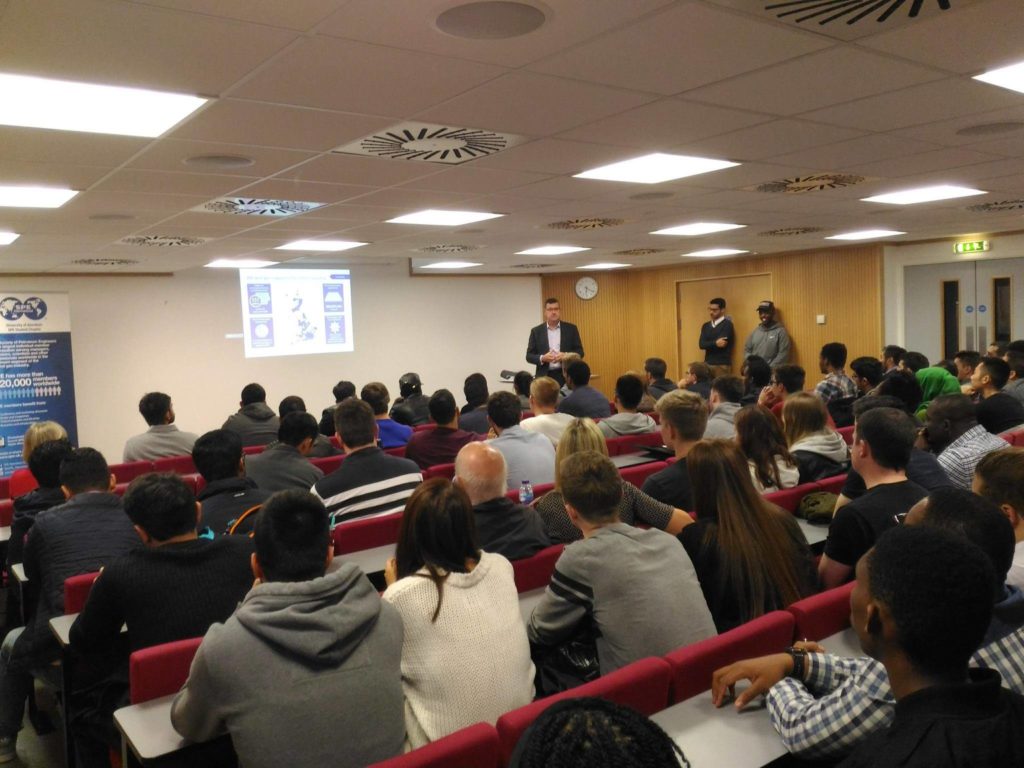